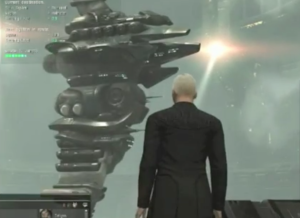 CALMUS Gaming is an innovative and revolutionary tool for controlling music in computer games. Instead of the soundscape being a perpetually repeated part of the game´s environment, it changes constantly as the game progresses and according to the player´s performance and actions.The system composes music simultaneously in real time based on the characters´ movements, changes in surroundings and his standing in the game. It can become gloomy and murky, f.i. inside a recently blown-up space station, faster and aggressive during combat etc. etc.No other music program offers the possibility to create soundscapes in real time, within the virtual reality of a massive multi-player online computer game (MMO). The system is tailor-made for the fast-growing market of MMO games such as EVE Online. It is created by – and based upon – the combined research and collaboration of highly experienced specialists in the fields of technology, computer games and musical composition.